It's here! It's here! Release Day! Claire Fletcher is At Large! 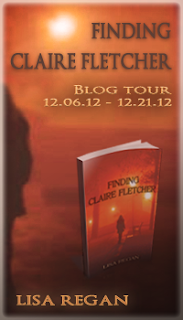 
Okay, so yeah, that's a little obnoxious but my plan is just to leave this post up till the end of the blog tour so if people meander over to my blog, they'll know where to go to enter the giveaway!

Anyway, today is the big day!  RELEASE DAY!  Today my first novel, Finding Claire Fletcher, my book baby, 8 years in the making, is being released into the world!

I can't quite believe it!

So let's see.  First, I want to thank all of you.  I've leaned heavily on this writing community during the last couple of years of my journey.  I've made some amazing friends and met some truly brilliant writers.  I've found commiseration and inspiration and above all, support and encouragement.  So thank you.  Thank you for stopping by and for all the kind words you've left.

Thanks to my hosts who have so graciously given up space on their blogs to talk about my book.  You guys are the best, and I am humbled by your enthusiasm and generosity!

And here is the schedule!  I won't be here the next 2 weeks, I'll be everywhere else!


Thursday, December 6, 2012:  Release Day!  Woo Hoo!  Guest Post on My Writing Process for Finding Claire Fletcher at Emily Unraveled!  I'll also be at the brilliant Nicky Wells' Hall of Fame talking about 10 Things You'd Be Surprised to Know About Me.  Also read an excerpt on Front Row Lit!

Friday, December 14, 2012:  Falling for Fiction and I'll be over at Use Your Words with the incomparable Elizabeth Seckman (Find out why Braveheart is one of my favorite Christmas movies).

Tuesday, December 18, 2012:  Julie Flanders at What Else is Possible - Guest Post "When Did You Know You Wanted to Be a Writer?"

Wednesday, December 19, 2012:  I'll be over at Writing With Hope.  I'll also be doing a Guest Post about my first writers conference at Leave it to Livia.

Thursday, December 20, 2012:  Guest Post on Why I Write at the Wizardry of Otin.  Details to follow. Also, guest post on Ten Things I Wish I'd Know Before I Sent My First Query at The Serial Killer Files - Jennifer Hillier

Friday, December 21, 2012:  Interview at The Doubting Writer with Jeff O'Handley

Finally, I want to draw your attention to my bestie and her amazing novel:  Nancy S. Thompson, author of The Mistaken.  It is one of the best thrillers I've ever read.  She is being promoted by Writers 4 Writers starting today so check out her book!

Also, if you head over to this blog post, you'll find some tweets about The Mistaken that you can copy and paste to help Nancy promote this awesome book! 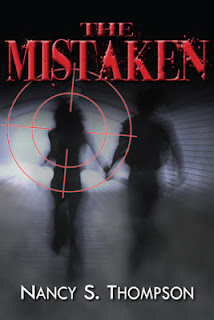